The first one is called Cog and it's written by Greg Van Eekhout.  It's about COG, which is short for cognitive development.  Cog is a robot with artificial intelligence, so he's meant to learn things and he looks exactly like a 12 year old boy.  He lives with his inventor, Gina and she's trying to teach him lots of things, like shopping and smiling.  Gina tells him that he learns from his mistakes.  So one day Cog decides to make a mistake to learn something new.  He goes outside by himself.  He sees a dog in the street and car coming straight for the dog.  He calculates the speed at which the car is moving and decides that he should save the dog.  In doing so, he is badly damaged but Gina brings him home and is able to repair him.  But apparently, in doing so, she exposes her Cog project to the home office and they think Gina's been making some modifications that they want.  They tell Cog that they are going to remove his brain.  Cog decides this is a bad idea and comes up with a plan to escape.  The escape plan is fraught with peril and evil corporate villains.  It's scary and funny and full of heart, which is a bit surprising, considering all the main characters are robots.  This is a WONDERFUL story about free choice, loyalty, creative problem solving, and compassion as well as some of the consequences and ethical dilemmas of artificial intelligence.  I love this one. 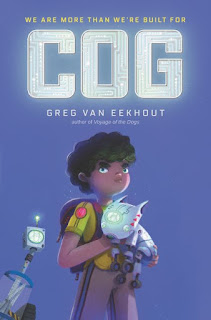 The second one is also WAY outside my usual wheelhouse.  It's called Cogheart by Peter Bunzl.  Ok, and it's a little hilarious that these two title are so similar, but where COG is set in the present, Cogheart is set squarely in the Victorian time and would definitely be considered steampunk.  It starts with John, who is captaining a zeppelin, which is attacked by pirates.  He sends his trusted confidant, Malkin, to take an urgent message to his daughter, Lily.  Malkin is a mechanimal-an animal that has been created to look and act like a real animal, however, this mechanimal can think for himself.  Lily, meanwhile, has been in a boarding school, where she has been bullied and unappreciated.  She likes reading stories about air pirates and would rather go on adventures than dress up and act like a lady.  Her governess from home comes to tell her that her father has been killed, Lily and the governess head for home and weird things start happening.  Lily comes to understand that maybe the governess ISN'T really acting in Lily's best interest, but is maybe a lot more interested in John, her dad's inventions.  This is a very fun, very fast paced story with lots of plot twists, chase scenes, betrayals, and new loyalties and friends.  I liked this one a lot.

and there be dragons... in middle grade fiction

My students are super excited about dragons.  They love Tui Sutherland's series Dragonwings but these two new ones are going to thrill them!

The first one is by one of my favorite authors, Sarah Beth Durst.  If you missed it, she wrote an amazing magical story called "The Girl Who Could Not Dream" that had one of the best characters (Monster) that I've read in a long time.  Her newest one, Spark, is about a girl named Mina who is quiet and lives with her very noisy family in a country called Aloria.  Aloria is special because they always have perfect weather, thanks to storm beasts and their guardians.  There are different kinds of storm beasts, wind, rain, sun, snow, and lightning that each provide things that their country needs. The guardians spend two years bonding with their storm beast while it's still inside the egg, but they don't know what kind it will be until it hatches.  Everyone is very surprised then, when Mina's egg hatches and it is a lightning beast.  Lightning beast are loud and noisy and unpredictable which seems opposite of Mina.  The family discusses give the lightning beast (named Pixit) away, but in the end, Mina finds enough of a voice to make sure he stays.  Mina and Pixit go to the big city to the special school for storm beasts and their guardians and Mina starts to make friends.  One day, during a competition, Mina and Pixit get blown off course and end up where they shouldn't.  Kind strangers help out, but tell a surprising tale of terrible weather that seems to coincide with a big celebration in Aloria.  This is a terrific story of finding your own voice, standing up for what you believe is right, even when it's hard or scary, friendship and family.  I really liked this one a lot and I think the kids at my school are going to like it too. 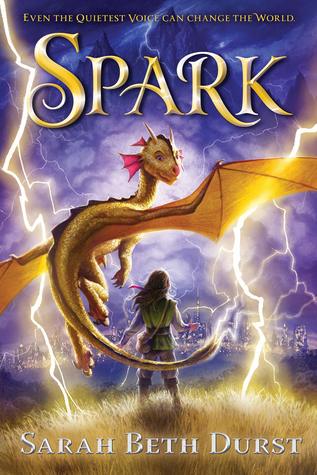 The second one is also a dragon story about finding your own voice.  This one is called Dragonfell and it's written by Sarah Prineas.  It's about Rafi, living in a small village in what appears to be part of the United Kingdom (it never really says where, but judging by the accents, that's where it is) in the late part of the 1800s or very early 1900s.  People of the village think Rafi is different and not necessarily in a good way.  The people of the village are mostly weavers (including Rafi's disabled father) and the new factories that are starting to populate the cities are making life hard for the weavers.  The factory owner, Mr. Flitch, seems to have taken in interest in Rafi, also not really in a good way.  Two people show up at his family home and when they start threatening Rafi's dad, Rafi seems to set a fire that scares them away, but it also scares his dad and the villagers.  One of the villagers, a wise old woman gives Rafi a book about dragons and that starts him on his quest-to find the dragon that used to protect, not harm, their village.  During his quest he encounters a young female scientist, several goats, as well as scary villains, and truths about his own life as well as the life of dragons.  This is a wonderful story about being different and accepting as well as owning your differences and how your community can help or hinder that progress.  I liked this one a lot too and I'm pretty sure it's coming to live in my school library as well. 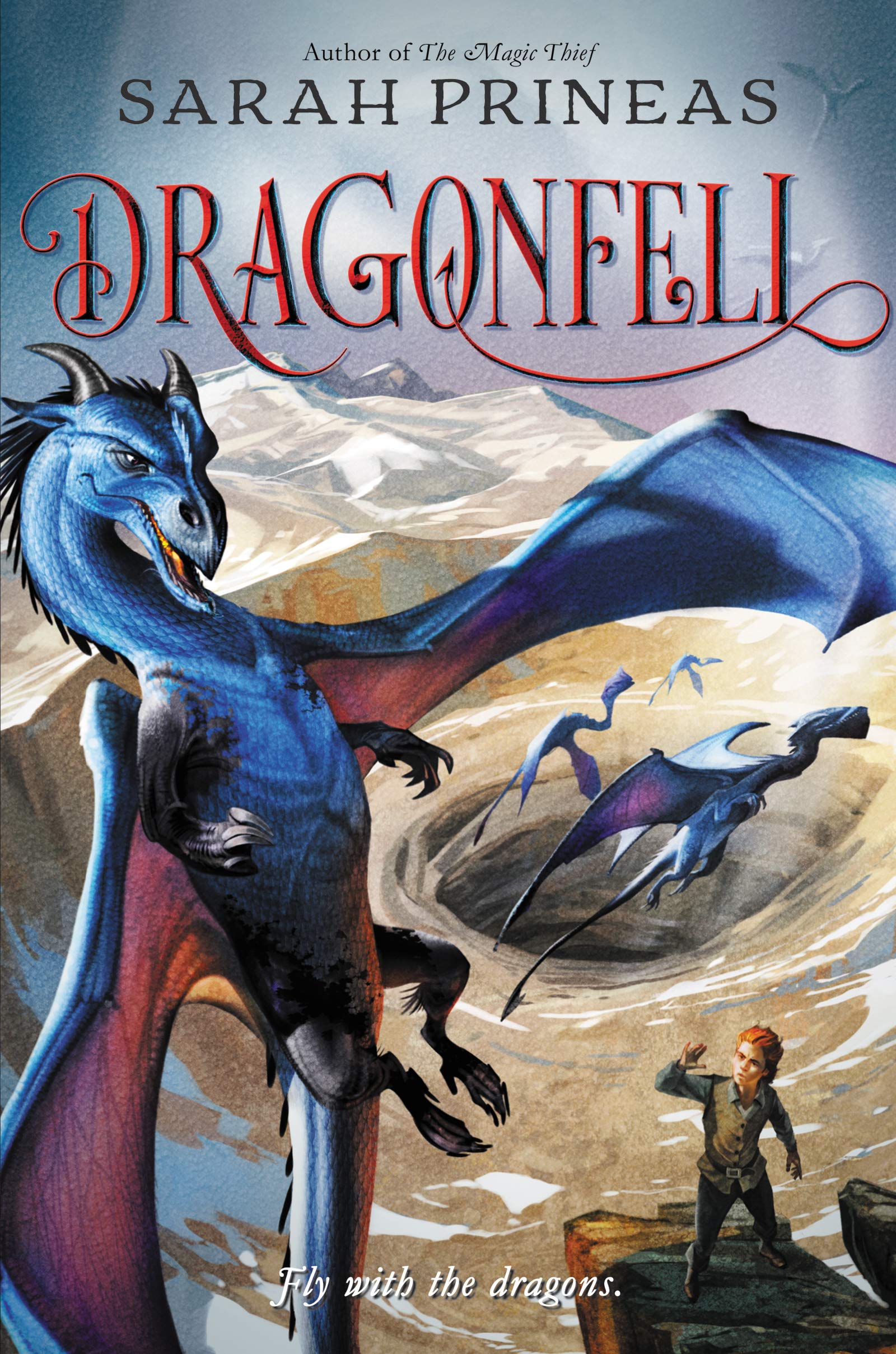 Posted by The Booksearch at 9:50 AM No comments: