The latest and greatest!

School started and YAY!  It's so much fun to be back and start talking about some of the awesome books I've been reading!  The kids are glad to be back too, even though they complain about getting up early and the structure of the day.  Here are some of the amazing books I'm looking forward to!

The first one is called "Vanished" by James Ponti.  It's the second in a series (and I hope there will be more!) about a middle schooler named Florian Bates who has developed a theory called T.O.A.S.T., the theory of all small things.  TOAST helps Florian to notice and put things together in ways that most people do not.  Florian's best friend is Margaret, a soccer player and musician who also like TOAST.  Together with a team from the FBI, they solve mysteries.  The mystery in this book revolves around a series of pranks played at an exclusive prep school in Washington, DC.  Florian and Margaret attend a slightly less prestigious school and are rivals with Chatham and so when they show up there as transfer students, they blend in easily.  The story is exciting with lots of plot twists and connections to real news-the daughter of the president attends the school and plays a key role in the story.  There's also a Chinese musical prodigy and some of the political issues with China come into play.  And because it's middle school, there's also a bully as well as some conversation about friendship.  I really like this series and I think the kids will too.  Here's a link to a video of an interview published by the Orlando Sentinel with James Ponti about the book! 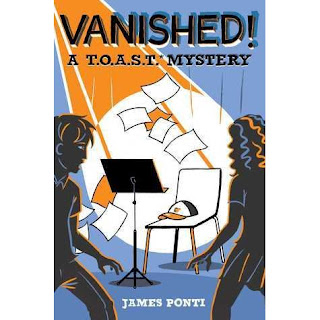 The second one is called "The Exact Location of Home" by Kate Messner.  I've you've never read anything by Kate Messner, this one is a great place to start, but be sure to read some of her other awesome works too!  This one is about Kirby, or Zig, as he likes to be called-it's short for Zigonski, and he's called Zig, just like his dad.  His dad calls himself Senior to keep things straight.  But Kirby hasn't seen his dad in quite sometime.  His dad is a real estate developer and travels a lot.  His parents have been divorced for awhile, but when dad doesn't show up, Kirby is really disappointed.  His mom doesn't seem to want to explain so Kirby uses a GPS that he finds and fixes to track down his dad via geocaching, which his dad loves to do.  However, there's another problem, Kirby's mom is struggling financially-she's trying to earn a nursing degree but her waitressing job isn't paying enough and when their landlady dies suddenly, they find themselves homeless.  This is a heartfelt story-you can exactly picture how this would go and Kirby handles it all with a lot of courage and heart.  I think kids are going to get a really great glimpse into the world of being homeless.  Thanks Kate Messner, for introducing us to a really awesome character and taking us places we didn't even know we wanted to go.  This one doesn't come out until October, but you should DEFINITELY look for it, or pre-order it immediately! 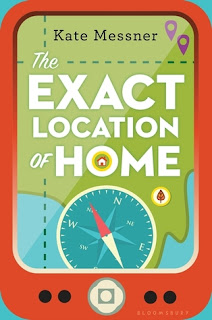 The last one is already out, but it's still pretty new.  It's called "Walking with Miss Millie" by Tamara Bundy.  It's about Alice, who is also missing her absentee father.  Alice and her mom and her little brother (who is deaf) have moved to Alice's mom and dad's hometown, Rainbow, GA from Columbus, OH to take care of Alice's grandmother who is forgetting things.  It's 1968 and Martin Luther King Jr. was just assassinated.  Alice really wants to go home, but in the meantime, she's trying to figure things out in this small southern town.  The first thing is that her house is on a party line- which means that when the phone rings, it isn't always for her.  She listens in on some juicy small town gossip and her mother reprimands her. As a consequence, she must go and apologize to the neighbor she was eavesdropping on and offer to help her in someway.  This is her introduction to Miss Millie, her grandmother's 92 year old neighbor.  Miss Millie accepts Alice's apology and says she would love it if Alice would walk her dog.  Except that Clarence,  the dog, refuses to go.  So Miss Millie goes with them.  She and Alice start talking and pretty soon, Alice is really looking forward to talking with Miss Millie.  This is a lovely story of friendship and aging and how to deal with awful things in your life.  It will remind you a bit of 'Because of Winn-Dixie" by Kate DiCamillo, in the best possible way.   Here's a book trailer by the author.

Posted by The Booksearch at 6:09 PM No comments: