I've been enjoying my spring break and since we were traveling, I had some long uninterrupted time to read (because when I'm at home, there's a lot of "Oh look!  Something shiny!" going on).    There are some terrific new middle grade fiction books in the pipeline.  Here are two of my favorites.

The first one is called "The Orphan Band of Springdale" by Anne Nesbet.  It's historical fiction but it's based on the author's family stories.  It's set in World War 2 and I really loved that it tells the story of what it was like growing up in America at that time, with some of the ugly prejudices that people held as well as some of the social issues that have since been resolved.  Gusta's dad leaves her on a train as they were heading to Maine because Gusta's dad is a socialist and believes that workers should have rights and he is being pursued by the police.  Gusta ends up at her grandmother's house, which is a kind of an orphanage or maybe a group home.  When Gusta starts school, they figure out that she needs glasses, but they're really expensive, so Gusta goes to work for the eye doctor, who is German and raises pigeons.  The passages where Nesbet describes what it's like to put on her glasses for the first time brought me to tears because that's exactly how I felt when I first got my glasses.  Gusta also unearths some family secrets that unravel in a really lovely way.  I really liked this story and I think it would great to have it as a part of our historical fiction collection.   It comes out on April 10, 2018. 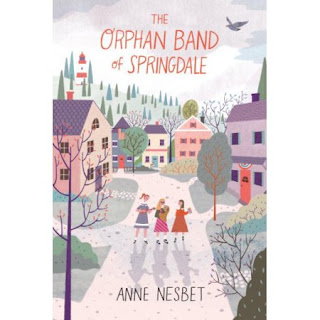 The second one I read is called "The Miscalculations of Lightning Girl" by Stacy McAnulty.  McAnulty is a prolific author and I really like a lot of her other work, but I think this might be her best one yet.  This story is about Lucy, a girl who lives with her grandmother.  Her uncle makes occasional appearances, but there's no real backstory about what happened to Lucy's parents.  Apparently, it's not that important to the story because Lucy is a super interesting character.  When Lucy was 8, she was struck by lightning and the effect of the lightning strike was to turn Lucy into a math savant.  It also made her obsessive compulsive and went the story starts, she hasn't left the apartment where she and her grandmother live for 4 weeks.  Lucy's grandmother and her uncle decide the best thing for her is to enroll in the local middle school.  It's a difficult transition-the kids are for the most part mean about her obsessiveness but since Lucy doesn't want to tell anyone why she's so obsessive, I can see why they would be mean.  But she does make friends and as a part of group project the kids do, Lucy and her friends end up volunteering at a local animal shelter, which also brings a new group of people (and animals) into Lucy's life.  It's a really wonderful story about trusting people, what you do for friends, and accepting people for who they are.  I think my students are going to love this one.   It comes out in May 2018. 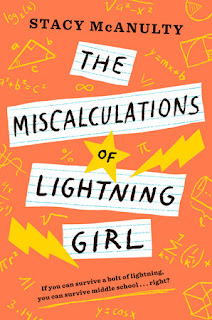 The last one is probably a stretch as middle grade fiction, but it would make a great read aloud in a middle grade classroom.  It's a picture book called "Neema's Reason to Smile" by Patricia Newman.  I'm pretty sure just about every American kid (and a lot of the teachers) would tell you that they would MUCH rather stay at home than go to school every day.  But in some places, where school is more of a privilege rather than an obligation, kids really WANT to go to school.  This is a story about a girl who really wants to go to school.  She and her mother have big dreams of jobs and education but in order to help her small family survive, Neema must go and sell fruit each day.  The coins that aren't needed to buy beans and rice or new needles for sewing are put into the dreaming basket, which is meant for Neema to go to school.  The illustrations are strong and energetic and give you the impression that Neema is a hard worker.  Reading this one would be a nice opportunity to talk about some of the blessings we have here that aren't as prevalent elsewhere.    It might be a good one to connect with "Long Walk to Water" by Linda Sue Park, which is a chapter book about two different kids growing up in Sudan at different times.  This one comes out this week! Posted by The Booksearch at 1:07 PM No comments:

I've been so lucky to read some awesome middle grade fiction this week about some interesting, powerful young women, I can't wait to share them with you!

The first one is called "Like Vanessa" by Tami Charles.  I was mildly horrified to find that it's categorized as historical fiction because it's set in the 1980s (heeeeyyyy, wait just a cotton pickin' minute.  The 80s are history?  Ok, they are MY history too).  Anyway, mild horror aside, this was a really great story about friendship, finding your true voice, making assumptions about people based on their appearance and working towards a goal.  It's about Vanessa, who is in 8th grade.  She has one true friend, but her friend is finding other interests and Vanessa is worried that they will not remain friends.  Vanessa also finds that she has other interests that her friend isn't so interested in.  Vanessa really wants to be Miss America.  Until now, she didn't think it was possible.  Until 1983, there had never been a black Miss America, but suddenly Vanessa Williams made history as the first black Miss America, and suddenly the Vanessa in the story thinks that might be possible.  The music teacher turns out to be a positive role model (in spite of Vanessa's initial assessment of her) and suggests that they start a beauty pageant in their school.  There's also a bit of a mystery to the story like why Vanessa avoids the bathtub and why her dad locks himself in his bedroom and works long hours to avoid the family.  I really liked this character's voyage of self discovery and I think a lot of girls will recognize themselves in Vanessa as a person who wants to be taken seriously, a person who can find their own beauty even if society is telling them otherwise, a person who values friendship and family.  This might tend more toward middle school than upper elementary, there is a scene of violence towards the end of the book that rings very true, but might be upsetting to some of the younger kids.  Overall, a solid read. 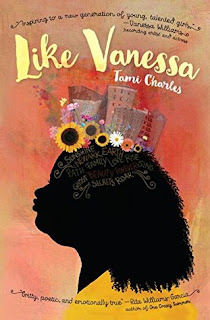 Here's a short interview with the author.

The second one has been getting a lot of buzz.  It's called "Amal Unbound" and it's by Aisha Saeed.  I was lucky enough to get to hear Aisha at a local book event called BAM that was in West Palm Beach last week end.  It turns out Aisha is graduated from one of our local high schools!  If I didn't admire her enough already, because this book was terrific!

It's about Amal who is a girl who lives in Pakistan.  She is the oldest daughter in her family.  She has four younger sisters and so she has to help out a lot at home.  She also loves to go to school and dreams of being a teacher.  But she also has trouble being the submissive girl that her family believes that she should be.   So when she's at the market one day, she has an encounter with one of the rich people in the village that changes her life.  I don't want to spoil it, because the story unfolds so beautifully, it's really worth the wait.  It's beautifully written and Amal is a character that is going to resonate with a lot of kids.  This one would be appropriate for all the middle graders and will have some excellent tie ins to global issues, including treatment of women and treatment of girls and the value of education.

Colby Sharp really liked it too!  Here's his video about it.

And here's the completely gorgeous cover. 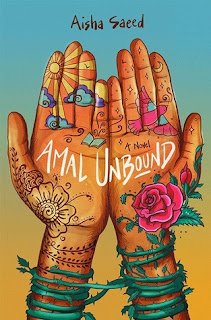 So YAY for strong women!

Posted by The Booksearch at 2:56 PM No comments: