I belong to a group on Goodreads called Mock Newbery and they try to choose books that they think will be Newbery contenders. They aren't always right about who wins, but they always have great new book suggestions.

For September, they are reading "Ghost" by Jason Reynolds.  I read his book last year called "The Boy in the Black Suit" and liked it a lot too.  This one has that same fresh voice.   It's about 12 year Castle who is having a hard time.  His mom works a lot AND is trying to go to school so she can get a better job.  They live in a small apartment in a bad neighborhood.  Castle has trouble in school because he gets really angry and either strikes out or runs away.  He's very good at running.  One day when he's hanging out, he comes across a running team with a coach.  He hears some of the kids trash talking so he goes to prove that they aren't all that.  He runs as well as one of them and earns himself a spot on the team.  Practice is a lot harder than he thought it would be, but he really wants to do this.  He makes some stupendously bad choices, but keeps trying.  I really liked Castle's voice and his persistence.  I think kids will identify with him as someone they know.  It might not be a Newbery winner, but it's going to be one of those books that gets checked out A LOT. 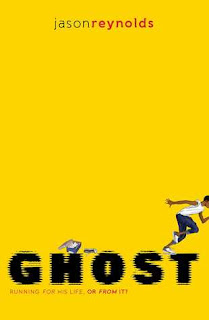 Another one that keeps coming up on people's lists for Newbery winners is "Maybe a Fox" by Kathy Appelt.  It's about a girl named Jules who loves, loves, loves her big sister Sylvie.  Sylvie likes to run and takes care of Jules, because their mom died some time back.  At the same time, a litter of fox kits are born and the mother believes one of her babies is born to do something special.  Then Sylvie disappears.  This is a sad book, full of beautiful writing, emotion, and pain.  It would be a great one to help kids who are dealing with a loss but it will also appeal to those kids who like reading sad things. There is also a terrific mystical element with the fox that gives a spiritual lift as well as a few plot twists.  This is one not to miss. 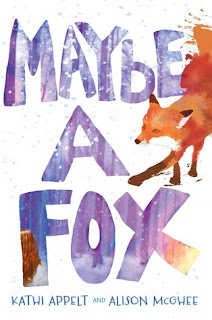 Here's a book trailer about Maybe a Fox.

The last one on this list today is "Wolf Hollow" by Lauren Wolk.  Annabelle lives in a rural community in Pennsylvania in the 1930s.  A new girl moves into their community and things start changing fast.  The new girl, Betty is manipulative and mean and suddenly Annabelle is in the middle of a really big problem without a clear solution.  This is a terrific mystery with excellent plot twists.  The characters are interesting and so well written that they practically leap off the page.  The historical aspects of the book add an interesting dimension, but it could easily be set today (and it might be really interesting to do some compare and contrast with that). This one has great themes of loyalty and friendship and taking care of your friends, as well as post traumatic stress syndrome and taking action.  I think I liked this one the best of these three. 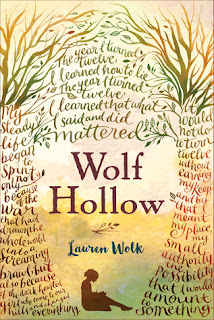 Posted by The Booksearch at 6:18 PM No comments: