I really love fairy tales and it's such a pleasure to be able to introduce the bigger kids to chapter books that are fairy tales.  The kids are always surprised, thinking that fairy tales are picture books, but their big themes of honor and bravery and kindness make them excellent reading for anyone!  Here are two to look for...

The first one is called "Grump: The Mostly True Story of Snow White and the Seven Dwarves".  It's by Liesl Shurtliff, who has written three other mostly true fairy tales- "Rump: The Mostly True Story of Rumpelstiltskin", "Jack: The Mostly True Story of Jack and the Beanstalk" and "Red: the Mostly True Story of Little Red Riding Hood".   The first three were terrific so I was really looking forward to this one and it did not disappoint.  Grump is a dwarf who doesn't fit in.  He really wants to go to the surface in spite of dire warnings of danger.  When he's sent out on his first work mission, he ends up with an opportunity to go to the surface, he takes it and finds the surface is as wonderful as he thought, but it turns out that humans aren't always as truthful as dwarves.  He connects with the Evil Queen (who is exactly as promised) and with Snow White (who isn't exactly what you'd expect) and as the story unfolds, Grump makes some hard decisions and there's the lovely happy ending.  This one would be a great addition to an library where there are elementary readers.  It would also make a great mentor text when talking about genre.  I know my students are going to love this one as much as they've loved the other three! 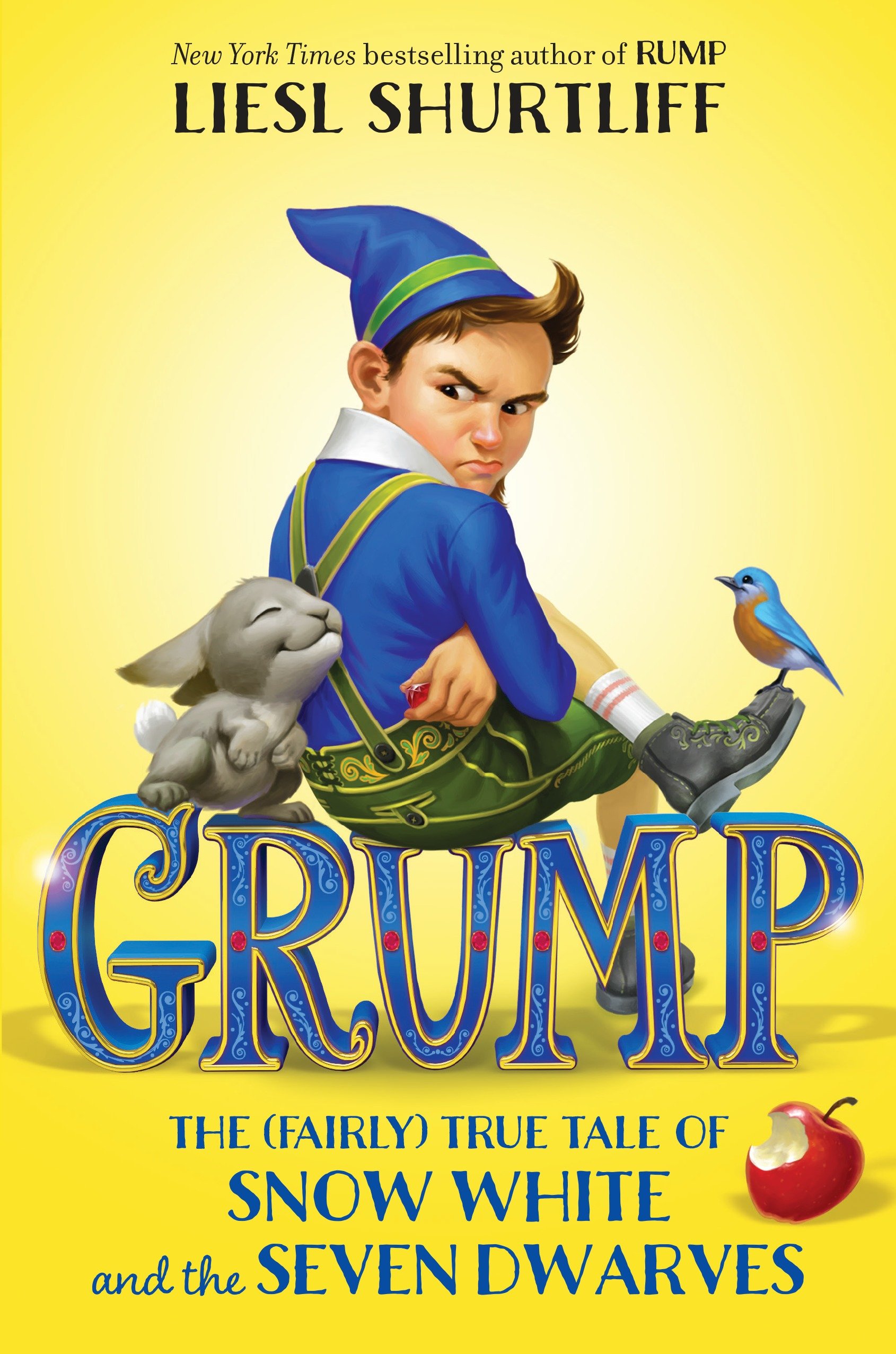 The second one is actually a translation of a book that was originally published in Holland in 1962.  It's called "The Letter for the King" by Tonke Dragt.  It was translated by Laura Wilkinson.  It's about a boy named Tiuri who is getting ready to become a knight.  There's been arduous training, difficult lessons, and the last thing is he has to spend the night praying and meditating with out saying anything to anyone, locked in a chapel with his fellow initiates.  Except that as they are praying, there's a knock at the door and an urgent whisper that he must come immediately.  So Tiuri goes and ends up an epic quest to get a letter to the King.  It's a very good story with lots of plot twists and interesting characters.  The characters have complicated names and there are a lot of them, which might be a bit off putting to some readers.  But it's a thrilling adventure with lots of danger, so it's worth the effort.  Look for this old fashioned adventure story!

Posted by The Booksearch at 3:43 PM No comments:

Email ThisBlogThis!Share to TwitterShare to FacebookShare to Pinterest
Labels: Grump:The Mostly True Story of Snow White and the Seven Dwarves, Liesl Shurtliff, Netgalley, The Letter for the King, Tonke Dragt

Sometimes people seem to be surprised at the weighty topics covered in middle grade fiction.  It turns out the kids are interested in how people solve problems that are similar or really different from their own.  My third graders are reading books with the theme of social issues this week and are really loving some of the titles like "Pink and Say" by Patricia Polacco (dealing with war) or "Gleam and Glow" by Eve Bunting (also dealing with war) or "Out of my mind" by Sharon Draper (dealing with a disability).  The two books I read this week could easily slide into this unit!

The first one is called "Running on the Roof of the World" by Jess Butterworth.  It's about a girl named Tashi who lives with her parents in a small rural community in Tibet.  Tibet is occupied by Chinese soldiers and life is difficult for Tibetan citizens.  Tashi's dad is often mysterious about some of the things he's doing-he's a writer for the local newspaper, which is a bit of a misnomer, because the government gives him the stories to write.   One day, things change.  In the name of political protest, a man sets himself on fire.  Tashi is horrified and when she talks with her parents about it, they agree that they must leave Tibet and go to India.  This one is very fast paced, with all the urgency of someone fleeing.  Lots of things happen to Tashi and some are good and some are not so good.  It gives an excellent picture of why someone might feel the need to flee their home (as many are doing from all over the globe) and why that whole passageway can be fraught with peril.  I think this is an excellent book for any upper elementary or middle school student.   The fact that you could use this one as a teaching tool is an extra added bonus to the fact that it's really great story. 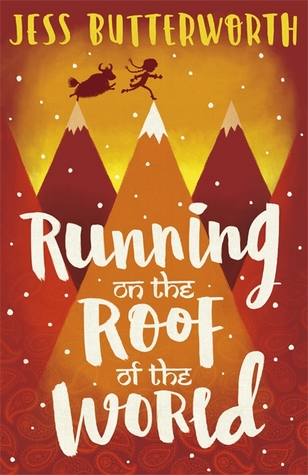 The second one is called "The Key to Everything" by Pat Schmatz.  This one covers so many different social issues, its hard to know where to start.  The story is a bit confusing at first.  There are only three characters to start with-Kevin, Cap'n Jackie, and Tasha (and my apologies-I don't know how I ended up with two completely different stories where the main characters have virtually the same name).  Tasha is the child, Kevin is her guardian and Cap'n Jackie is someone who loves them both.  Tasha is very angry with both Kevin and Cap'n Jackie because they decided to send her to camp for the summer.  Tasha seems to have some issues with anger control because they talk about her "ragers".  Anyway, this story has a jailed parent with issues of substance abuse, families split over gender identity, families who come together out of luck or compassion, elder care, as well as basic friendship.  It's a lot. But it's a compelling story and the kids at my school tend to like stories about sad things, and this one certainly fits that bill. 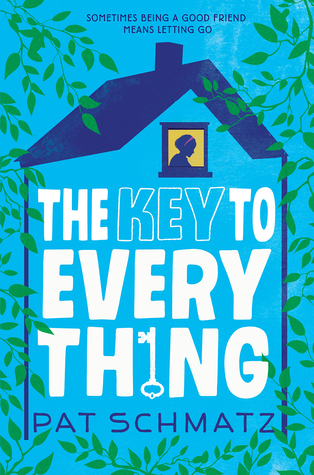 Posted by The Booksearch at 3:05 PM No comments:

Email ThisBlogThis!Share to TwitterShare to FacebookShare to Pinterest
Labels: Jess Butterworth, middle grade fiction, Pat Schmatz, Running on the Roof of the World, social issues, The Key to Everything

The latest in non-fiction!

I just got some new books that I ordered.  I just love getting a box of new books.  It's like Christmas!  Even if I had to order them and pay for them myself.  Still exciting!  Anyway, the kids are going to LOVE these new non-fiction books I just got.

The first one is called "Snowy Owl Invasion: Tracking an Unusual Migration" by Sandra Markle.  I'm a big fan of Sandra Markle's work.  Her books are always thoroughly researched with lots of gorgeous pictures and super interesting text.  This one is no exception.  It's about what happened with snowy owls in the 2013-2014 season when suddenly people were spotting snowy owls in some pretty surprising places (like the Florida-Georgia border!) and in numbers not usually seen (like at the Boston Airport, where they typically remove 10-12 snowy owls per season, but that year, removed over 100).  She explains why scientists believe there was such a population explosion (no, I'm not going to tell you, you need to read the book!) and what the possible effects might be for snowy owls with global climate change.  Did I mention the photographs are a complete marvel?  If you've never had a chance to really get a good look at a snowy owl (I live in south Florida, snowy owls probably aren't coming here any time soon), these photographs will show you them in detail you never thought possible.  They are amazing.  Do NOT miss this book.

Here's a video from NPR about Baltimore, one of the owls in the book.

The second is called "Beauty and the Beak: How science, technology, and a 3D-Printed beak rescued a bald eagle"  by Deborah Lee Rose and Jane Veltkamp.  It starts off with a narrative story about a baby eagle being born and how it grew to adulthood and then was badly wounded-a bullet shattered her beak, leaving her unable to eat or drink on her own.  Luckily, she was rescued by a police officer, who took her to a wildlife center.   They were able to nurse her back to health, but without a beak, she would never be able to live in the wild.  Luckily, a raptor biologist named Janie (one of the co-authors!) and an engineer named Nate came together to help the eagle get a new beak.  What's really interesting about this story is the details of problem solving and how real live scientists don't always get things right the first time, but with persistence, they can figure it out.  It's also interesting that only about half the book is the wounded eagle's story, the rest of it is information about eagles with lots of QR codes to send interested researchers to find out more.  I think the kids are going to really like this one too!

Here's a video about it Beauty the wounded eagle!